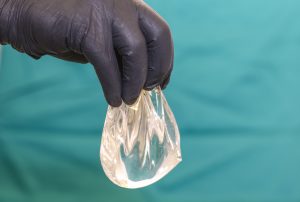 In 2015 just shy of 280k women across the U.S. underwent a breast augmentation/ plastic surgery procedure (mammaplasty), but that doesn’t mean these expensive surgeries don’t go wrong.  While common practice, complications still occur for a variety of reasons stemming from implant manufacturers, physicians, and the human body.

In fact, according to the 2015 Cosmetic Plastic Surgery Statistics Report, that year there was also 24,661 implant removals. When all the numbers are added up including breast lifts and reductions, over 444k procedures in total. And that doesn’t account for most post-operative1.

Complication rates vary, but studies do exist that provide at least some perspective on the risks involved with breast augmentation (BA). For example, one manufacturer of silicone cohesive gel implants tracked patients over a 7-year period. Out of 455 in total, these are a portion of the numbers they reported2:

Another study published in 2011 by a team of researchers and doctors evaluated 812 patients over a 15-year period and found3:

The dangers are very real. Small percentages / complications mean absolutely nothing to those that deal with the nightmares of BA. Oftentimes people fail to consider the long-term monetary/emotional/physical investments, as there’s likely to be maintenance involved. Each surgery comes with risk. Each operation. Each adjustment. And it doesn’t matter what certified plastic surgeon one chooses as there’s no such thing as a 100% success rate in real life.

The FDA actually says as much4,

“It is likely that you will need to have one or more reoperations over the course of your life because of local complications from breast implants.”

Furthermore, if you dig deeper into all the data submitted to the FDA by approved breast implant manufacturers,

Truth is, everyone considering BA should be required to spend a few hours researching the horrible consequences both men and women deal with as a result of BA. Numbers don’t do the realities justice. The vast majority of surgeons will say the risk is relatively small and most people are happy with their BA procedures, but 30 minutes going through images and video can be shocking.

Along with the most widespread and reported dangers covered above, if one were to hop online and do some research here’s a list of the less common risks:

The Case of Heidi Montag

As a real world example that made headlines was when Heidi Montag underwent BA surgery to reduce her F-cup down to C after the impacts caused a string a health issues from numbness in her arms to both neck and back pain that made it hard to act.

In fact, according to an interview, the larger breasts began hampering her day to day life as both an actor and an adventurous young woman. She couldn’t do the laundry or walk her dog or continue to exercise the way she was accustomed to keep her gorgeous figure.

In her own words, the entertainment world and its audience caused her to make a decision she later regretted5.

“I let myself be victim of that and I listened to what other people said and let myself become really insecure and I had a doctor that made it sound really easy and a quick fix and it ended up being a hard road and I inflicted a lot of pain, mentally and physically, on myself. If I had to go back and do it again I definitely wouldn’t and I would not recommend that.”

The Case of Mindy Bouchet

Mindy was a young stunning Australian woman after a career in modeling that had her first surgery go fairly well. However, a couple years later it required maintenance so she went to Thailand on a “surgery holiday” because prices were a bit cheaper there.

Not long after the 25-year-old noticed that not only were her breasts uneven, but there was substantial scarring. So, she sent pictures and a complaint in to the doctor who dismissed her. Instead, he said it looked “fine” and blamed any complications not on himself, but the previous BA.

This meant she had to spend another 15,000 back in AU to correct the damage, but she also claimed that her experiences had basically ruined any chances she had at a career in bikini modeling6.